For the second year in a row, Solar Power World Magazine ranks RER as number one commercial solar contractor headquartered in Pennsylvania 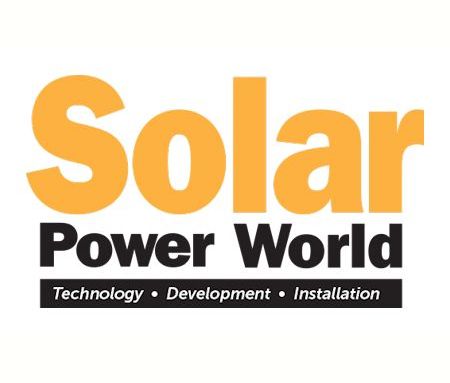 Reading, Pennsylvania – RER Energy Group (“RER”) is pleased to announce that once again, the company has claimed the number one position in Pennsylvania on the Solar Power World Magazine annual ranking of national commercial solar contractors. The company’s 9,123 KWs of installed solar in 2016 placed it above eleven other companies in the state with sufficient commercial project development numbers to qualify for consideration.

In the years since RER Energy Group’s launch, the solar market has grown to become a mainstream form of electricity generation. One reason solar has grown so rapidly is that in many markets, the price of energy from solar is lower than conventional energy sources, thanks to a 70% decline in prices for solar projects compared to 5 years ago. In fact, with appropriate financing, solar arrays create electricity at an effective cost of approximately $0.03 to $0.04 cents of kWh for 25 to 30 years –creating energy cost savings, and increased predictability of a significant variable cost.

“This is the second consecutive year we have earned the number one ranking for commercial solar contractors
in Pennsylvania,” says Jim Kurtz, president of RER. “While we are fortunate to work in a growing industry, we find we differentiate ourselves in this marketplace by working with our clients to find the most effective way for them to finance their solar array so they capture as much financial savings as possible. In the past year, we have had the good fortune of working with a range of new clients from across the United States, as well as 50% of 2016 projects came from repeat clients installing additional solar arrays at their current facilities, or expanding their solar generation capabilities at other facilities.

Although RER is based in Pennsylvania, the company’s ability to finance, develop, and execute projects across the country and as far away as Mexico have also been key to their success. Whether it is the largest community solar program in Iowa, a solar carport for a non-profit yoga ashram in New York, or dozens of commercial projects in Pennsylvania and beyond, RER has experienced consistent growth with a real focus on addressing client needs and ensuring customers capture the strongest possible savings from their investment in solar energy.

“The solar industry is dynamic, and at times complex, we are pleased to be at the forefront of our nation’s efforts to improve energy sustainability while creating tremendous economic value for businesses and organizations, as well as good paying American jobs” says Kurtz.