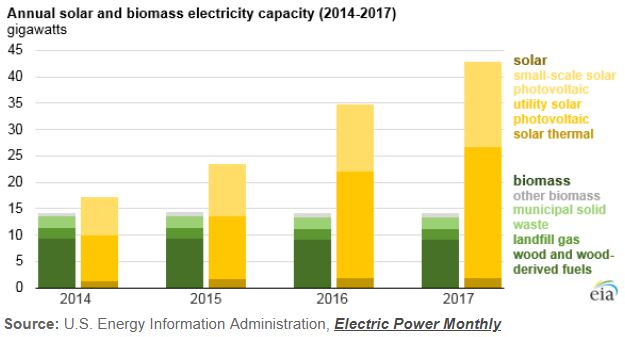 In 2008 renewable energy produced 18.5% of the world’s total electricity, mostly from hydroelectric power. An onslaught of wind and solar capacity installations in recent years has pushed that number to about 25% today — and it could reach 30% by 2022.

In fact, according to the International Renewable Energy Agency (IRENA), the world has doubled the amount of installed renewable power capacity in the last decade, from 1,058 gigawatts of mostly hydropower in 2008 to 2,179 gigawatts in 2017. The world added 399 gigawatts of wind and 375 gigawatts of solar in that time.