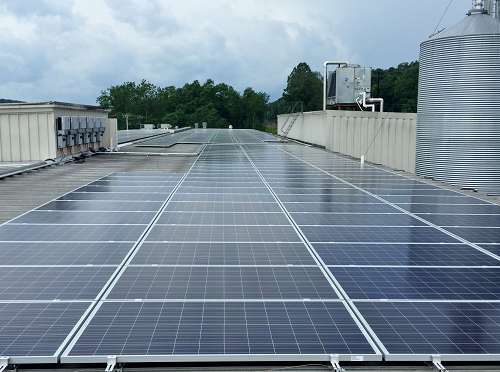 Based in Coatesville, PA and founded in 1919, Lambert Spawn is North America’s oldest independent manufacturer of mushroom spawn.

“Lambert was an especially appropriate prospect for solar, thanks to the company’s founding principles of staying on the forefront of technology,” says RER Director of Sales, Jeff Rhodes. “Lambert is a world leader in the spawn industry and has a proven track record of operating their plants at the highest levels of efficiency to give them a competitive edge. That made it an intuitive switch to include alternative energy like photovoltaics (PV) to power their production processes.”

Energy usage at Lambert Spawn comes from spawn production, refrigeration, and administrative facilities – together totaling an annual consumption of about 1,797,000 kWh of electricity annually. Since coming online in July of 2015, the 484.5 kW Lambert Spawn array has produced approximately 560,000 kWh of clean energy annually, off-setting close to a third of the facility’s needs.

RER Energy group assisted Lambert Spawn in taking advantage of the tax and renewable energy credits created by the project – reducing the total cost of the project by 70%.

“Lambert has been not only an important Chester County business, but a true innovator in their industry,” says RER President Jim Kurtz. “We were very happy they chose solar, and RER Energy Group in particular to help them capitalize on incentives and low energy rates available with their new array.” 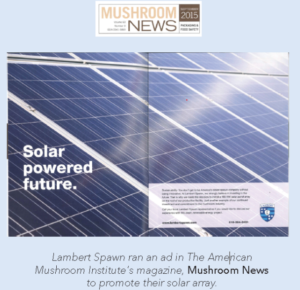