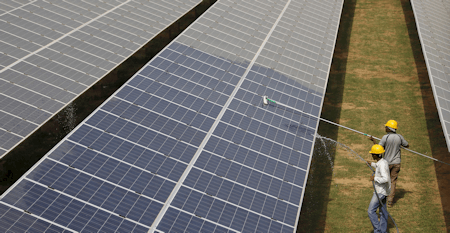 As originally published on pv-magazine-usa.com

A total of 13,868 MW of the 16,039 MW added to the grid was renewable energy, the majority of which was solar and wind energy. Wind led the way with 7,244 MW, and solar was close behind with 6,585 MW added. The remainder of non-renewable energy added was mostly natural gas, with 2,155 MW brought online.

Renewables are now providing more than a quarter (25.22%) of all U.S. available installed generating capacity. Five years ago, it was 18.39%, and a decade ago renewables accounted for 14.09%.

Solar has surpassed 5% of the nation’s generating capacity, a figure that does not include distributed (rooftop) solar. Further growth in solar is expected, with “high probability” additions through 2024 expected to reach 44,052 MW, said FERC.

The forecast for the next three years for net renewable capacity additions is 66,581 MW. That is nearly identical to the actual net additions of renewable energy for the last three years (65,820 MW). If these predictions hold, renewables will reach nearly 30% of total installed capacity.

Moreover, solar is set to surpass nuclear power over the same three-year period, said FERC. New utility-scale solar additions in the next three years will be more than 20 times greater than nuclear. The only major planned nuclear activations are the two Vogtle reactors in Georgia, some 2,200 MW of capacity that has been in development since 2013.

“FERC’s data confirm that wind and solar are dominating new capacity additions in 2021 and are likely to continue doing so in the future,” said Ken Bossong, executive director of the SUN DAY Campaign.

As originally published on pv-magazine-usa.com