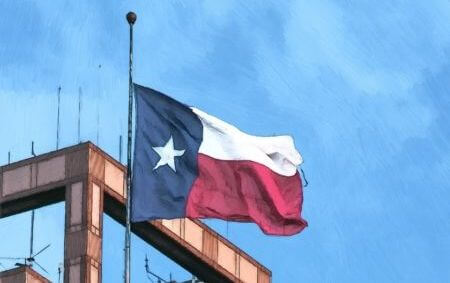 Reading, Pennsylvania – With so much sunshine—the National Renewable Energy Lab (NREL) ranks it first in terms of solar potential—Texas holds tremendous promise for solar growth in the coming years. A testament to that growth is that as of Q3 2017, Texas was ranked in the Top 10 (number seven) in total megawatts (MW’s) deployed the United States with 1.846 MW’s.*

“Texas is already number one in the country in terms of wind power generation,” says RER Energy Group Project Developer, Terry Dupuis. “We invested a great deal in grid infrastructure to move energy from the relatively unpopulated western part of the state to more densely populated east Texas. That’s definitely helped us get started.”

Dupuis knows of what he speaks. Following two decades as an engineer and small business owner in the Houston suburbs, he “semi-retired” in 2000 and headed north to live in Nantucket. It was there that he began working in the solar industry in 2006. He has worked as an engineer and consultant for a number of installers, before lending his talents to RER Energy Group. Today, he primarily puts his experience to use writing specs for solar systems and assisting with proposals, all from his new office, back in Texas.

With all of the growth solar is enjoying in Texas, it’s easy to assume the state is handing out attractive
incentives to those installing these systems. “Not so,” Dupuis says.

“First, there’s no state rebate program. Second, there’s no statewide net metering arrangement,” he says. “That means those generating solar can’t count on selling excess power to the grid—something residential and business owners in other states rely on as part of their financial justification.

However, it is true there are a few municipalities with these programs, and it’s true that more progressive cities, Austin and San Antonio in particular, do have net metering arrangements.”

“Austin is even making strides toward meeting its goal of delivering 100% of its energy with renewables and natural gas by 2020. Dupuis says the companies serving those cities (Austin Electric and Consolidated Public Services, respectively) “…are the only ones with anything like what we see up north.”

But Texas is a big place, so the incentives in Austin and San Antonio benefit just a small slice of the region. They’re hardly compelling enough to motivate the multitudes toward solar.

The Federal 30% tax credit, accelerated depreciation and the fact that solar arrays have dropped an average of 80% over the last five years are the real compelling reasons that the country’s “other sunshine state”
continues to adopt solar at an rapid rate.

There are no fewer than 234 solar companies working in Texas,* an industry job count of over 9,000 (and climbing) and nearly 10 GW* already in queue for grid connection; with those statistics, it seems clear that the growth we’ve seen over the last few year won’t be stalling anytime soon.

Don’t be surprised if you see RER Energy Group as part of the ongoing Texas solar movement. If you’re interested in talking further about solar in your part of Texas, contact Terry at tdupuis@rerenergygroup.com.