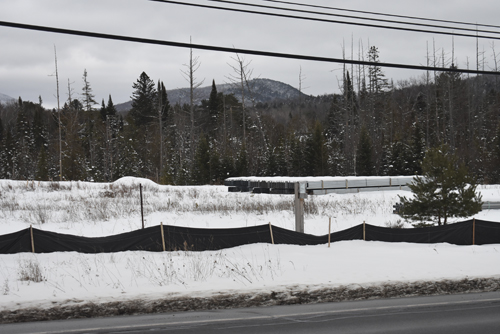 As originally published on www.adirondackdailyenterprise.com.

This village is expected to be the home of the first community solar project in the Adirondack Park.

Solar power companies Sunvestment Energy Group and RER Energy of Rochester and Reading, Pennsylvania, respectively, are teaming up to build and operate a community solar project on state Route 86, just past Lake Colby heading toward Gabriels, which will provide solar energy to about 250 homes.

Residents can start subscribing for the service in March, and the project is expected to be operational by summer.

What is community solar?

Community solar cuts out having to buy your own solar panels. RER Energy developer Mike Roach said community solar projects deliver clean energy to people who may not have been able to afford it in the past.

“It used to be you had to have land or a building with a roof that could be used to install solar panels,” Roach said in a phone interview Monday. “Plus, you need the money for capital expenditure. Solar energy tended to favor people with money, wealth, property, homes and commercial buildings.”

The energy produced by the solar project then feeds directly into local distribution. Roach said this site won’t be like bigger ones that might feed into communities all across the state. It’s strictly for Saranac Lake. He said one of the goals of community solar projects is to diversify the power grid.

“New York wants a stronger, more resilient and robust power grid,” he said. “Right now we have miles and miles of transmission wires, and there is a lot of vulnerability there. We need to distribute electrical systems, so they have the ability to run even in cases of extreme weather events.”

For the Saranac Lake project, RER Energy will build the project and Sunvestment will manage and sponsor it.

Ernest “Lee” Keet of Saranac Lake owns the property on state Route 86. He bought the 22-acre piece of land from James McCormick in 1999, when Walmart was eyeing the property for a new location. He paid $850,000 for the parcel that had been assessed at $133,400. McCormick said at the time that Walmart had offered substantially more money than Keet did, but he chose to sell to Keet instead because he “care(d) about (his) neighbors and the community.”

In a recent email statement, Keet said he doesn’t intend to keep the land once the solar project gets going.

“My plan, once the power is flowing, is to gift the land (and the utility at the end of the initial lease) to a local not-for-profit that can use this first-of-its-kind Adirondack community solar facility to help get more similar facilities built around the Park,” he said.

Residents would still be utility customers, of National Grid in this case. As a subscriber to a solar energy project, the energy your share produces will appear as credits, lowering your monthly utility bill. Bills are expected to be even cheaper in sunny summer months.

“Our goal is to save people at least 10% on their National Grid bills,” Roach said.

As originally published on www.adirondackdailyenterprise.com.