RER Energy Group Highlighted in Tour of The Maryland Center for Veterans Education and Training by Secretary of the Environment, Ben Grumbles 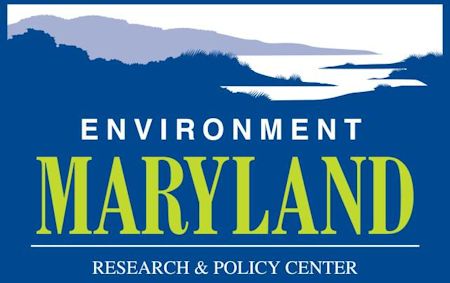 As originally published on environmentmaryland.org.

Secretary of the Environment Ben Grumbles joined climate protection advocates to learn about energy efficiency at the Maryland Center for Veterans Education and Training (MCVET) today. The non-profit veterans shelter is saving money on their energy bills each month thanks to energy efficiency investments provided by the Regional Greenhouse Gas Initiative.

“MCVET is a great example of the benefits RGGI is able to provide in a community,” David Smedick Maryland Beyond Coal Campaign and Policy Representative for the Sierra Club said. “Not only is RGGI supported by 3/4 of Marylanders, but it has provided revenue and jobs to the state, along with energy efficiency and clean energy upgrades to businesses, households, and low-income families. Now we’re looking to Governor Hogan and his Administration to step up and advocate for a stronger RGGI and watch Maryland’s clean energy economy thrive.”

RGGI was able to fund MCVET’s energy efficiency upgrades through a system that ratchets down emissions each year and makes polluters pay to pollute. That revenue – $544 million to date—is then invested in clean energy, energy efficiency and consumer benefit programs, which has led to healthier communities and thriving economies.

“Upgrading the Maryland Center for Veterans Education and Training is a smart investment and a good reminder that RGGI can help to advance environmental and economic priorities in Maryland’s communities,” said Ben Grumbles, Maryland’s Secretary of the Environment. “We are working closely with our partners in the other RGGI participating states to ensure the program continues to deliver environmental and economic benefits for current and future Marylanders.”

“The cost of solar panels has dropped 80 percent over the past 5 years. For 2017, this translates to a reduced effective electric rate of between $0.03 – $0.05 per kWh over the next 25-30 years,” said Dennis Satnick of Reading Electric Renewables (RER) Energy Group. “For every qualifying county, municipality and business in Maryland, the financial benefits of switching to solar generated electricity is undeniable.”

By capping pollution and helping citizens, businesses, hospitals, schools and local governments to deploy clean energy measures like these Baltimore energy efficiency projects, RGGI has helped cut emissions from power plants in half over the last decade. That has created significant benefits here in Maryland, including:

Over the next few months, Maryland and other Northeast and Mid-Atlantic states will be considering possible improvements to the Regional Greenhouse Gas Initiative. Last month, more than 500 organizations, businesses, health professionals, lawmakers and community leaders from the Northeast called on Governor Larry Hogan and other regional governors to double the strength of the program and close several loopholes.

On average, power plant pollution in the region has fallen by almost 5 percent per year since 2005. In 2016, pollution went down by 4.8 percent. The coalition is calling on the program’s governors to keep up that pace by lowering the limit on pollution by 5 percent per year through 2030 and address loopholes that undermine the program. That would double the strength of the cap, which currently requires emissions cuts of 2.5 percent per year.

Additionally, it’s necessary for Maryland to lead the way so communities impacted the most by pollution and climate change will have an equal opportunity to benefit from RGGI funds and implementation.

“For too long, low income communities and communities of color have been subject to some of the worst pollution in Maryland. And they often bear the biggest health, environmental and economic costs,” said Kim Noble, Director of National Partnerships for Green For All. “We’ve made good progress here in Maryland, participating in RGGI. As a result, we’ve boosted Maryland’s economy, created thousands of jobs and prevented numerous premature deaths in communities on the frontlines of pollution. Now is the time to build on our successes. We urge Secretary Grumbles and Governor Hogan to double the strength of RGGI and conduct an environmental justice analysis to ensure benefits and emissions reductions are prioritized in frontline communities.”

“Governor Hogan should make America’s best regional climate program twice as good, to replicate the clean energy success we saw at MCVET today all across Baltimore, Maryland and the entire region,” concluded Morgan Folger, Climate Organizer with Environment Maryland. “Together, we can deliver clean air and a healthy climate for us all.”

As originally published on environmentmaryland.org.