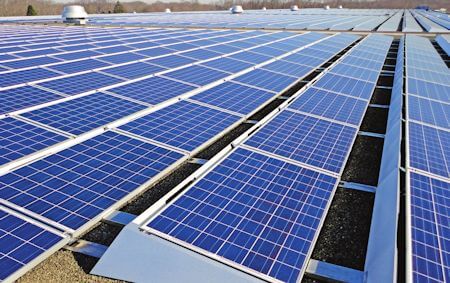 As originally published on nacleanenergy.com

According to a review by the SUN DAY Campaign of data recently released by the U.S. Energy Information Administration (EIA), renewable energy sources (i.e., biomass, geothermal, hydropower, solar, wind) provided almost 23% of the nation’s electrical generation during the first ten months of 2022.

The final issue of EIA’s “Electric Power Monthly” report series published in 2022 (with data through October 31) reveals that during the first ten months of 2022, renewable energy sources (including small-scale solar systems) [1] increased their electrical output by 14.26% compared to the same period a year earlier. By comparison, electrical generation by all energy sources combined grew by just 3.14%.

Year-to-date, renewables have provided 22.60% of total U.S. electrical generation compared to 20.40% a year earlier. Accordingly, they are on track to reach or surpass EIA’s forecast of renewables providing 22% of U.S. electricity in calendar year 2022.[2]

Output by solar alone increased by 26.23% and its share of total U.S. electrical generation year-to-date (YTD) surpassed 5.0%, providing 5.05% through the end of October. For perspective, solar’s YTD share first reached 1.0% in March 2016. Since then, solar’s monthly generation has increased almost six-fold. The trend seems likely to continue – in October alone, solar’s output was 31.68% greater than a year earlier, a rate of growth that strongly eclipsed that of every other energy source.

Taken together, during the first ten months of 2022, renewable energy sources comfortably out-produced both coal and nuclear power by 16.62% and 27.39% respectively. However, natural gas continues to dominate with a 39.40% share of total generation.

“As we begin 2023, it seems very likely that renewables will provide nearly a quarter – if not more – of the nation’s electricity during the coming year,” noted the SUN DAY Campaign’s executive director Ken Bossong. “And it is entirely possible that the combination of just wind and solar will outpace nuclear power and maybe even that of coal during the next twelve months.”

As originally published on nacleanenergy.com