Study Shows Renewables are Kicking Natural Gas to the Curb 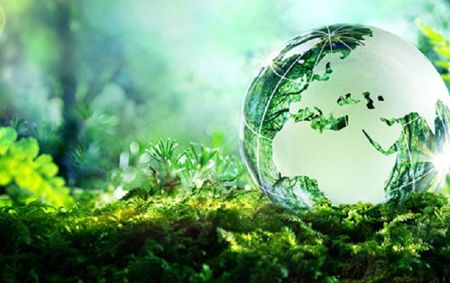 After analyzing the most recent data from two of America’s largest electricity markets — ERCOT in Texas and PJM in the Northeast — the Rocky Mountain Institute has come to a startling conclusion. Renewables are muscling in on natural gas as the preferred choice for new electricity generation. In fact, according to RMI, what happened to coal is now happening to gas. What is needed, the organization argues, is a move away from the monopoly markets that have been the norm in the utility industry for more than 100 years and toward more open competition. Because when renewables compete head to head with thermal generation, they win hands down 95% of the time.

The data doesn’t lie. RMI looked at the interconnection queues for both ERCOT and PJM and found over the past two years there has been a dramatic shift away from building new gas fired generating plants and toward more renewable energy projects. Interconnection queues track new generation projects proposed to be added to regional grid. That information provides a leading indicator of market trends for new power plants. Not all projects in these queues are ultimately built, but the mix of resources in the queue represents the investments the market is prioritizing, according to RMI.

“In these two regions, investors finance projects based on expected returns in the competitive market — not based on expectations of cost recovery allowed by regulators of monopoly, vertically-integrated utilities. In other words, this trend represents the shifts in internal risk and reward calculus among investors in highly competitive markets, and reflects a market-based, consensus view of the underlying economic value of different power sources.” So let’s have more competitive markets, RMI says. You would think such advice would be near and dear to the hearts of all free market conservatives but the stranglehold investor owned utilities have on energy policy means those companies are fighting tooth and nail to preserve their cozy monopoly cocoon. Their focus is on profits, not whether their emissions are helping to destroy the environment.

What Is Causing This Shift?

For those wondering about the explanation for this shift, RMI has the answer. “Though COVID-19 may be contributing to some recent decline in planned gas additions, it’s not the only driver. The trend has been building for years and investors more broadly are now waking up to the implications. For example, just five years ago in ERCOT, the interconnection queue contained an even split between proposed gas and renewables generation capacity. However, gas capacity in the queue started falling steadily in 2015, well before the COVID-19 pandemic and associated economic downturn. Meanwhile, renewable energy and storage projects in the queue have continued to grow even during the pandemic.”

Its announcement goes on to say, “In ERCOT and PJM markets, investors prioritize projects based on competitive risk and return profiles as opposed to regulator-allowed cost recovery. Therefore, it is likely that a more fundamental driver is at play — raw economics, driven by the continually falling costs of clean energy and the associated risks of investment in new gas-fired capacity.” Even if a gas project appears competitive today, thermal generating plants are expected to have a service life of 40 to 50 years. So the economics not only have to look good now, they have to look good for 2060 and beyond. If they can’t remain competitive over that period of time, they risk becoming stranded assets and investors will not realize the return on investment they expected. Investors hate that!

According to RMI’s analysis, “Most proposed gas plants that do get built will face stranded cost risks within 10 years of construction. If cost and efficiency improvements for clean energy continue at closer to their historical rates, 90 percent of planned combined-cycle capacity will face stranded cost risk by 2026. For many gas-fired plants, this could mean that they are already stranded assets the day they enter service.”

The Rocky Mountain Institute has a suggestion. Give conservatives the free market they are always clamoring for (except when it works to their disadvantage). “The evidence is clear — clean energy wins when allowed to compete with gas on a level playing field. But a number of monopoly, vertically-integrated utilities still lag in their approach to competitive procurement and routinely prioritize adding gas to their systems. These decisions threaten to lock in costs, carbon emissions, or both, increasing the economic burden and slowing the pace of decarbonization necessary to mitigate the worst effects of climate change.

“But even without comprehensive climate policy at the federal or even state level, there remains a tried-and-true method to unlock the benefits of clean energy innovation for all utility customers — open competition between energy resources to provide the highest value at the least cost. Fair competition between resources in restructured markets, and emerging best practices around all-source procurement in monopoly markets, can allow clean energy to compete to its fullest potential. Competitive markets have shown that it’s possible to deliver cost and carbon savings with clean energy portfolios. It’s well past time for the rest of the country to follow.”

Federal policy is strongly influenced by who is sitting in the Oval Office and the choices that person makes when appointing people to government agencies like the Federal Energy Regulatory Commission. For instance, in 2018 the Orange Judas who occupies that office at present nominated Bernard McNamee — an avowed fossil fuel advocate who slobbers all over himself when Charles Koch waves dollars under his nose. McNamee is one of those phony free market conservatives who believes fervently in doing whatever he is told to believe by those paying him.

We can fight such distortions in the marketplace by doing one thing — voting for candidates in November who respect the environment more than the almighty dollar. It’s your choice. Please choose wisely.