The State of Oil Is Falling in Love With Solar Energy 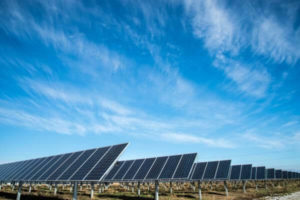 As originally published on iamnewswire.com

“Everything’s bigger in Texas,” says the saying. Texas generates most electricity in the US, it accounts for approximately 1/4 of the U.S. oil refining and natural gas. It is the US oil and gas capital. More interestingly, Texas is on the verge of a renewables boom, since it creates the most wind power in the United States, and guess what, solar capacities are also recording a boom. Developers plan to quadruple solar capacities, adding enough panels to light up Dallas in 2020. Solar is already popular when it comes to households, however it is becoming more and more appealing for oil and gas drillers. In a way, Texas is combining something which at first sight seems incompatible. How is this possible?

Renewables boom is taking place mostly in the heart of the US shale oil industry – Permian Basin. Solar and wind farms have shown it is a reliable energy source for the production facilities, although they are nothing other than competition to gas sales. Occidental Petroleum (NYSE: OXY), a major player in the shale oil industry in the Permian Basin, announced that it will launch a solar-powered facility to power oilfields. Another oil giant ExxonMobil (NYSE: XOM) is planning to reach 1 million oil-equivalent barrels per day by 2024 as it signed a multi-year contract with Orsted (CPH: ORSTED), the Danish renewable company. Orsted should provide around 500 megawatts (MW) of energy, split between wind and solar in order to distribute electricity to Exxon’s facilities in the Permian Basin. Apache Corporation (NYSE: APA), however, combines both renewables and diesel to power its operations. Furthermore, another oil giant Royal Dutch Shell (AMS: RDSA) powers part of its oil fields in the Permian with solar. Oil producers saw advantages in using solar and other renewables for powering their remote oilfields, because they provide a quick, clean, cheap and flexible source of energy, unlike coal and natural gas plants.

Even though these are hard times for renewables globally, and consequently in the U.S., we can still expect further expansion of the solar segment. This especially holds for Texas as the oily state seems to have fallen in love with solar. This although seemingly incompatible connection can be explained in a simple manner. The sun is intense in Texas as the Permian Basin is famous for its cloudless sky. Transmission lines connect west with eastern cities Dallas and Houston, there is a light-touch regulatory approach and the last, but not least, there is the appealing cost of solar that plummeted from $3.53/W in 2010 to $0.80/W in 2019. All of this has made solar energy more attractive than coal or gas when it comes to electricity production. Current low prices of natural gas and oil can only postpone the inevitable supremacy of renewables.

As originally published on iamnewswire.com