Town of DeWitt Moving Forward With Solar Array This Spring 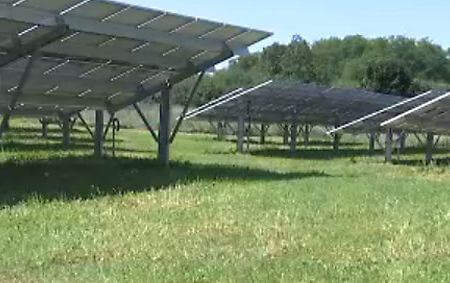 As originally published on spectrumlocalnews.com.

The Town of DeWitt plans to save money by using solar energy.

The plan is to install a solar array on the former landfill at the end of Fisher Road.

Officials are expecting the Town to save $2 million over the course of 25 years.

A public information meeting was held Monday night where people expressed their concerns for the wildlife in the area.

Developers argued that the array is actually better for the environment in the long run.

“I think in this community there is a realization that this is the direction that we need to go, and if we don’t fix our climate, we’re not going to have any birds to worry about,” said solar project developer Michael Roach.

Town officials expect the project will begin around mid-May.

As originally published on spectrumlocalnews.com.