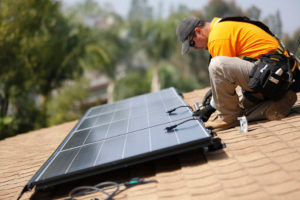 As originally published on www.pv-magazine.com

Milestones may be arbitrary, but the morale boost they provide is not. The world has very recently installed enough solar panels to generate 1TW of electricity directly from the sun.

The expectation that our species would hit 1,000GW of solar was first based on estimations that we installed at least 183 GW in 2021, and that we had 788 GW of capacity in place at the end of 2020. These two values total 971GW of installed solar.

To estimate our capacity at this exact moment, let’s assume that humans will install 210GW in 2022. Today marks the 73rd day of the year, which is exactly 20% of 2022. These numbers suggest that Earth’s solar capacity has breached 1,010GW, and that we can officially start measuring solar capacity in terawatts.

Let’s add two caveats to show the difficulty in obtaining a precise estimate: Overestimation can result from the small percentage of capacity that has been uninstalled, since roofs do sometimes get replaced, and severe weather events do occasionally destroy installations. Additionally, capacity numbers have been regularly underestimated because the installation data that researchers seek is constantly changing, and obtained from a number of manufacturers spread all over the planet.

The largest contributor to this capacity is China, who broke through – and blew past – 100GW in late 2016, or early 2017. The European Union hit 100GW in 2015, just before China. In the United States, the 100GW number was hit in the first quarter of 2021. These three regions represent more than half of the world’s installed solar capacity.

From a generation perspective, 2021 was also a milestone year. According to the BP Statistical Review of World Energy 2021, the world generated 26,823 terawatt hours of electricity in 2020. 855 of those terawatt-hours – 3.1% – came from solar. Since solar grew 23% in 2021, it is likely that next year’s BP Statistical Review will show that solar generation broke 1 petawatt hour of generation in 2021.

Going forward, models predict that dozens of terawatts of solar capacity will be needed to decarbonize the earth’s electricity, transportation, heating, and industrial systems.
As originally published on www.pv-magazine.com